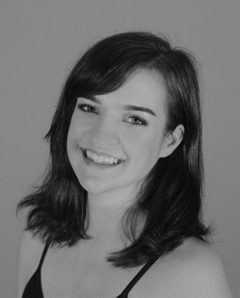 Elizabeth Saint Clair, originally from Yardley, PA, began her training with the Princeton Ballet School in NJ and from there attended BalletMet’s pre professional program in OH where she understudied and performed company roles. In 2012 she joined Columbia Classical Ballet in SC, where she performed frequently in ballets such as Swan Lake, La Bayadere, Don Quixote, Sleeping Beauty, Etudes, and others. In 2014 she returned to PA to be an apprentice with the Pennsylvania Academy of Ballet, where she not only performed lead and soloist roles in La Boutique Fantasque, Paquita, and the Nutcracker, but also had the opportunity to train under John White, who specializes in teaching and training teachers in Vaganova technique. She has danced at PAB and Ballet 180 before joining Brandywine Ballet Company in 2017.