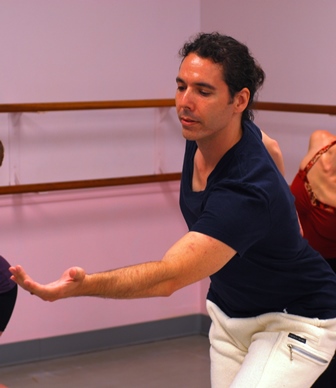 Jim Bunting​ graduated from the University of the Arts in 1995, receiving his BFA in
Dance. During this time, he danced professionally as a founding member of Koresh
Dance Company for 9 years. Jim then went on to develop his talents as a choreographer
and teacher and has over 20 years of experience teaching and choreographing dance in
the greater Philadelphia area. As a choreographer, Jim has had the pleasure of creating
works for Koresh Dance Company, Pennsylvania Ballet’s Shut Up and Dance at the
Forrest Theater, the Philadelphia Fringe Festival, The University of The Arts and
Drexel University. In 1999, Jim received a Fellowship Grant from the Pennsylvania
Council on the Arts for his outstanding choreography. Jim’s 20 years of experience
teaching modern jazz and ballroom technique has allowed him to serve as a mentor and
instructor for both children and adults. Jim was a proprietor of the former Rittenhouse
Dance Academy and currently choreographs on youths performing for the
pre-professional dance companies in residence at Gwendolyn Bye Dance Center and
Radomile Academy of Dance. As a ballroom instructor, Jim teaches both Latin and
Standard styles, specializing in the Latin dances salsa and Argentine tango. He is a
former instructor for several Philadelphia area studios including the Academy of Social
Dance, Dancesport Academy and Society Hill Dance Academy. Jim has taught several
Master Classes for the dance and musical theater departments at the University of the
Arts, St. Bonaventure University in New York, the University of Colorado, The Roswell
Dance Theater in Atlanta, The College of Charleston and Dance Davidson in Charlotte
NC. Additionally, Jim has been on faculty as an adjunct professor of jazz dance at
Drexel University since 2007. Most recently, started Jim Bunting Dance Company with
the 1st
full length production of “The Shaman’s Dream” which premiered at the Mandell
Theater in Philadelphia. The company has performed at the Capitale in NYC for the
School of Visual Arts Annual Holiday Party, the Philadelphia Art Museum’s “Friday
After 5 Series”, Kun Yang Lin’s “InHale Performance Series” , “The 2016 Henri
David’s Halloween The Ball” and “The Koresh Artist Showcase”.