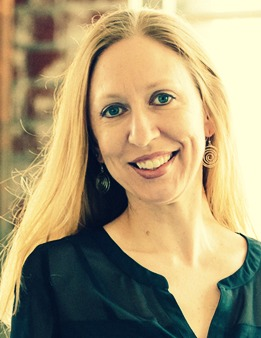 Kelly Barber is a native of Reading. She began her studies when she was nine at Carol Ennis Dance Arts (what is now the Berks Ballet Theatre Conservatory of Dance). Four years later, she became a member of Berks Ballet Theatre and continued performing through her teens as a soloist with the company. Kelly spent summers studying at Burklyn Ballet Theatre, the Pennsylvania Governor’s School for the Arts, and Pennsylvania Ballet. In 1995, Kelly went on to dance with Ballet Theatre of Maryland (formally Ballet Theatre of Annapolis) under the direction of the late Edward Stewart, rising to the rank of soloist. While in Annapolis, she danced in many classical & contemporary ballets including Swan Lake, Paquita, Dracula, and Carmina Burana. In Swan Lake, Kelly shared the stage with Christine Dunham and Wes Chapman, former principals with American Ballet Theatre. She also danced the role of Snow Queen in the Nutcracker, as well as other leading roles like the Lilac Fairy in Sleeping Beauty, and the Grand Pas de Deux from Le Corsaire.

Kelly eventually returned to Reading and Berks Ballet Theatre, where she began teaching at the school and performing as a guest artist with the company. She was appointed Associate Director of BBT in 2006, and Artistic Director in 2007. Along with her job as Artistic Director of BBT, Kelly is the Principal Teacher at the BBT Conservatory of Dance, teaching levels 1 through Pre-Professional 3. Kelly joined the staff at Wayne Ballet and Center for Dance Arts in 2021 and has enjoyed not only teaching the dancers but also getting the opportunity to lend her choreography to both The Nutcracker and The Wizard of Oz.

Her teaching philosophy is made up of positivity, perfecting the basics and instilling a love of dance to serious students. Kelly is always striving to inspire drive, determination and focus and believes that not just dance is taught in the studio, but life lessons as well.