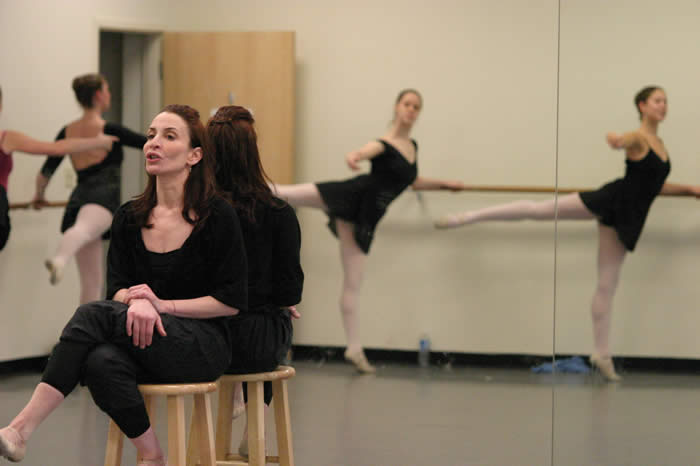 Laura began formal ballet training at the School of American Ballet in NYC. As a student, she had the privilege of performing with the company in several seasons of New York City Ballet’s The Nutcracker under the direction of George Balanchine. Laura performed professionally in several NYCB ballets including Don Quixote, Harlequinade and A Midsummer Night’s Dream. During her years at University of Michigan, Laura broadened her training with classes offered through U of M’s dance department. She was invited to perform in works by faculty and guest choreographers.  After graduating, Laura returned to Manhattan and began a career in financial services, which led to an executive position with Fidelity Investments. When her family moved to Philadelphia, Laura returned to her love of ballet and discovered her passion for teaching. She continued to teach during four years as an expatriate in the UK and was accepted into the Royal Academy of Dance Teaching Program in London. She went on to create and direct the upper school dance program at TASIS England. After returning to the US in 2001, Laura taught on the Main Line and the Rock School (Rock West) while she earned the certification in the Vaganova method of pedagogy, years one through three at the Pennsylvania Academy of Ballet. In 2003 Laura founded Wayne Ballet & Center for Dance Arts as the Artistic Director of both the school and Wayne Ballet Theater and is proud to continuously offer the highest caliber of dance training available on the Main Line.